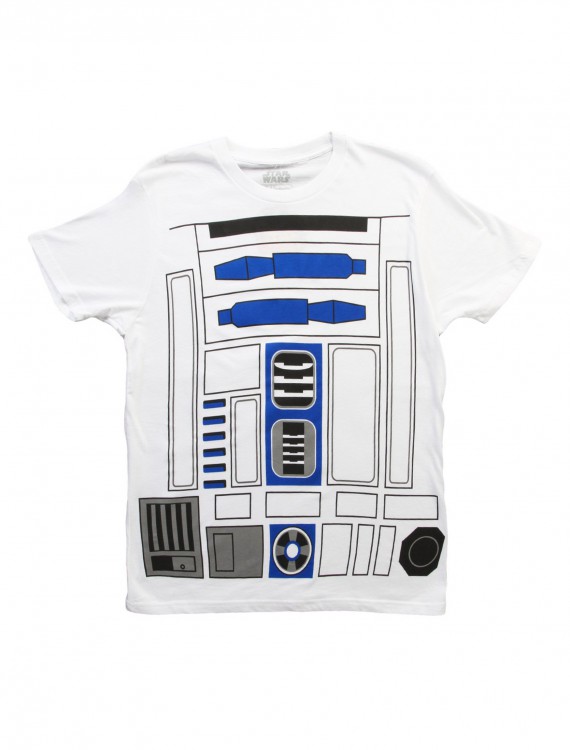 Although licensed by Star Wars, wearing this R2D2 Costume T-Shirt doesn’t actually give you the skills of a astromech droid, so don’t try repairing your X-Wing while wearing.

R2-D2 spends most of his time chilling in the back seat of an X-Wing, making quick repairs, but that doesn’t mean you instantly gain some handyman powers by putting on this Star Wars costume t-shirt. It won’t give you the ability to fix a broken toaster or a television that’s been acting up. It will however help you feel more comfortable communicating in a series of beeps and whistles and it will make you feel more comfortable hanging around uptight protocol droids.