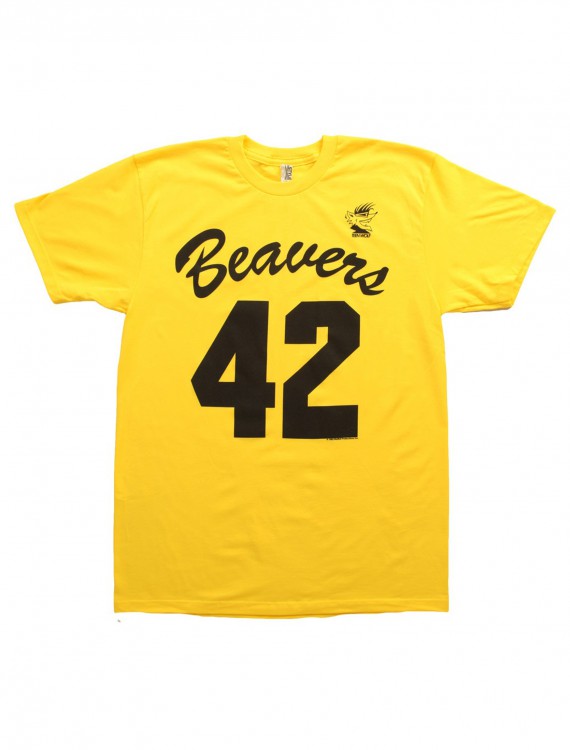 Be the best wolf on the team with this Mens Teen Wolf Beaver T-Shirt! Get a slam dunk just like Michael J Fox!

Whoa, whoa, whoa… hold the phone… there’s a Teen Wolf TV show? What?! We were certain the Teen Wolf craze peaked back in 1986 with the cartoon, but man, were we wrong! Around here we’re all big fans of the original Michael J. Fox version where he has to defeat that guy from the Pee Wee bike quest movie by transforming into a wolf and slam dunking over everyone’s heads. This t-shirt is based on THAT version, just so you know.