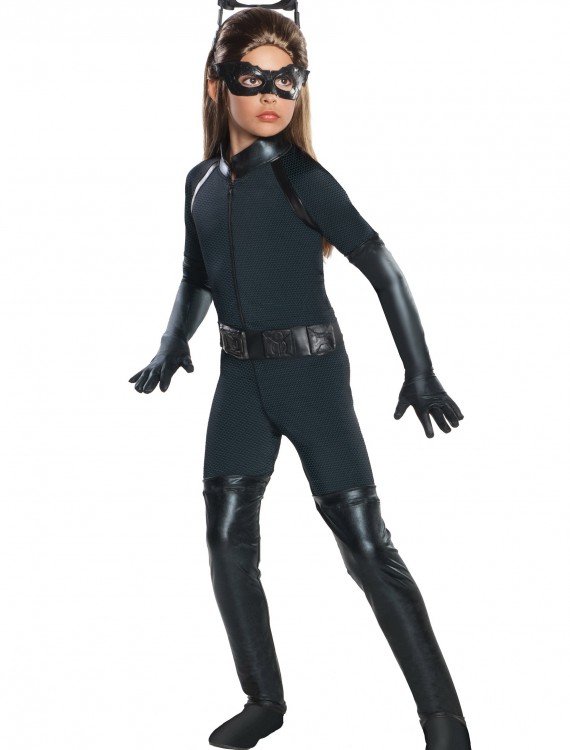 She can become Gotham’s number one cat burglar with our Catwoman costume for girls! This is a great look for any superhero party!

There’s a storm coming, Mr. Wayne.Rich people in Gotham City don’t fear too many things. With their high priced security systems they feel that themselves and all their fancy possessions will be safe from anything. Then, from out of nowhere, came a rush of robberies from safes that were said to be unbreakable. Rumors of a cat burglar who had the skills to steal anything began filling the city and filling the rich and famous with fear. Now your little girl can become the Dark Knight Rises Catwoman in this great movie inspired costume.