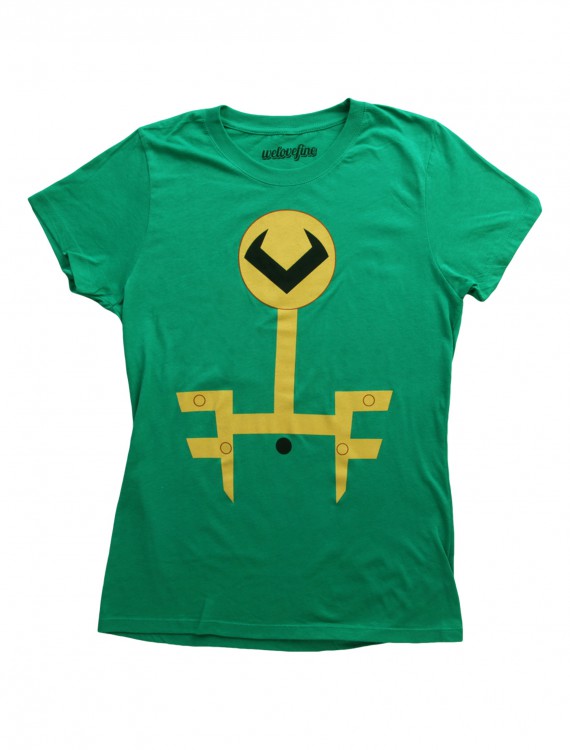 When you go in our Womens Avengers Loki Costume T-Shirt, you’ll have a blast being a trickster all Halloween night. Be the Avengers villain with ease!

A quick research trip to the ol’ Wikipedia informed us of a few things about Loki that we didn’t know. First, did you know that Loki comes from real Norse mythology? You probably knew that. But did you know that Loki is the son of Fárbauti and Laufey? Not only that, he’s the brother of some dudes named Helblindi and Býleistr! Furthermore, at some point, Loki had a child name Hel, a wolf-child named Fenrir (how’d that happen??) and he even fathered the world serpent named Jörmungandr. Wow! Knowledge bombs dropping left and right. We’re guessing none of that made any sense to you unless you’re working on your doctorate in world mythology… but for everyone else, Loki is the so-ridiculously-evil-you-love-him villain from the Avengers. This t-shirt represents that version, and we’ll just leave it at that.