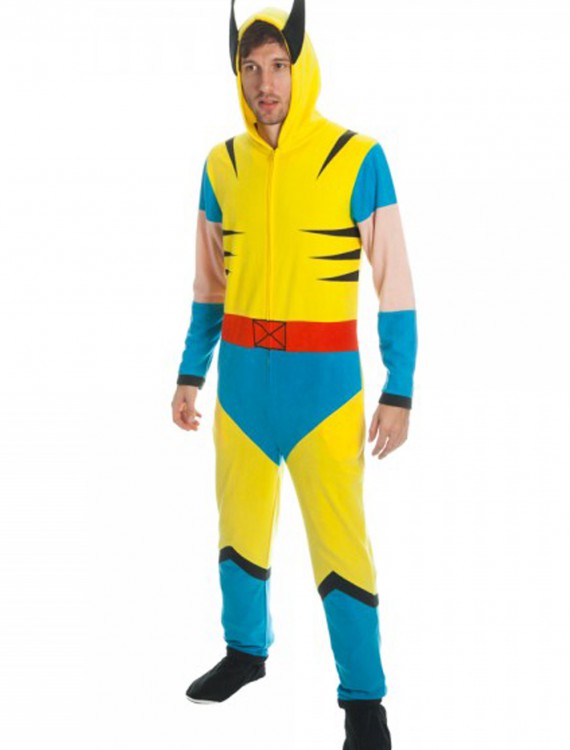 Normally, Logan spends his days in a feral rage, but you don’t have to. Wearing this Wolverine Mens Yellow Union Suit is like being the angry X-Men superhero without a lot of the anger.

Wolverine is always in such a bad mood. What could make a Canadian, the friendliest people on Earth, so angry all the time? Some people think it’s because he’s been around since the late 1880’s and he’s seen a whole bunch of wars. Others think that having adamantium bones makes you feel like a wild animal, and a small few think that it’s because he’s actually a mutated wolverine. We know the truth though. It’s because his normal costume is just too itchy! With this union suit, Logan never has to worry about that. It’s got all the same details of the legendary X-Men hero’s suit, except it’s made of an ultra-soft material that’s so comfortable, you can sleep in it. Just don’t blame us when you find yourself dozing off when you should be slicing a Sentinel in two with your claws…