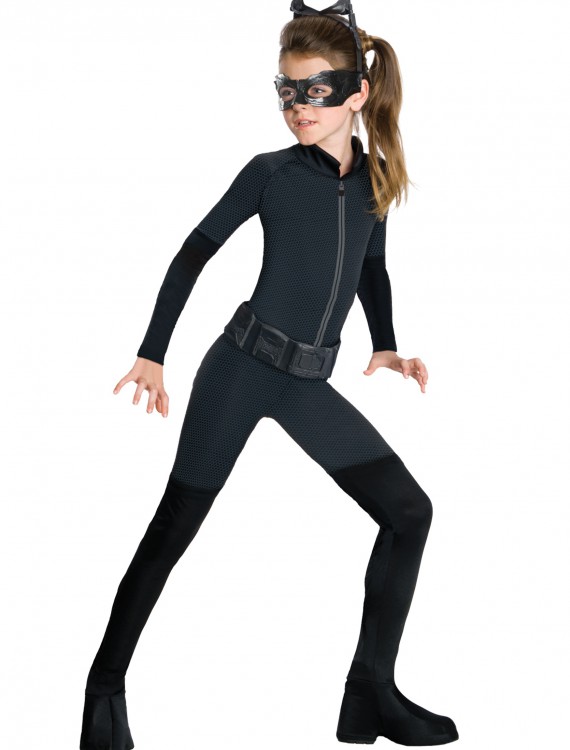 She’s on the prowl. Get this Tween Catwoman Costume and go after Bruce Wayne.

Gotham City’s rich and powerful have been living in fear lately. What is scaring these elite people? The fact that their money, jewels, and other valuables are vanishing. They don’t know where they have gone to because they had them locked away thinking they were safe only to find them gone. Little do they know that Selina Kyle has been making their riches her very own. But one night she chose to take something away from Bruce Wayne which was a mistake. By doing that she got the attention of Batman and has to deal with that. Now you can avoid Batman while stealing from the rich in this awesome costume.