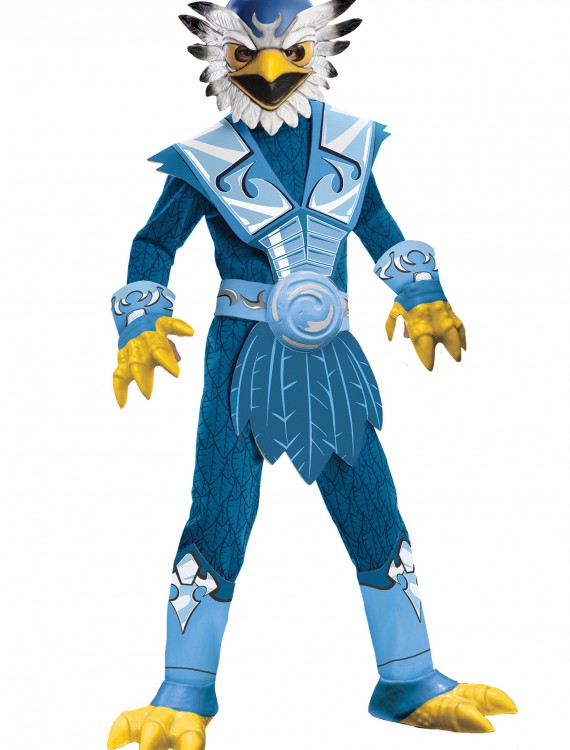 Let your little one take to the skies of Windham in this Skylanders deluxe Jet Vac costume. It’s perfect for your young gamer.

Jet-Vac may have lost his wings, but you’ll never find a bird who’s better at flying through the skies than him. Armed with his Vac Blaster, his Suction Gun and his Jet Vac Jet Pack, he’s equipped to do some major damage to bad guys. That’s all pretty cool, but we’re going to tell you the really great part about this costume, which is based on the video game character. Your kid loves Skylanders, so when he’s dressed up in it, it’s pretty easy to convince him to pretend that the vacuum cleaner is the Suction Gun and that bad guys have invaded the floors in your home. It turns chore time into play time.