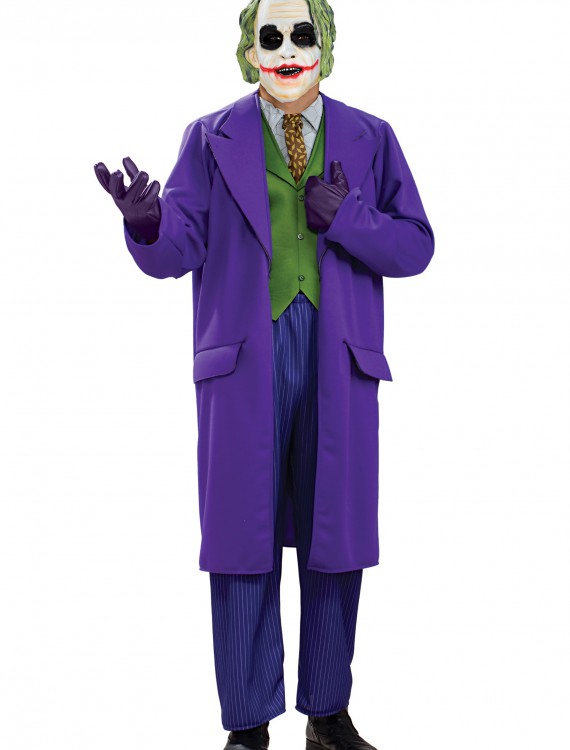 Get set to give the dark knight a hard time when you wear this Plus Size Deluxe Joker Costume. This is perfect to show off your villainous side in.

I believe whatever doesn’t kill you simply makes you…stranger.Once Batman came on the scene in Gotham City the game changed. Criminals had to step up their game because to get away with a crime they had to go more extreme. An un-named man took it upon himself to wear some makeup and scheme up some chaos to give the dark knight something to go up against. Many people were left wondering why anyone would ever do things just for the sake of anarchy but a butler put it best, “Some men just want to watch the world burn”. Now you can become Gotham’s agent of chaos in this Joker costume straight from the Dark Knight movie.