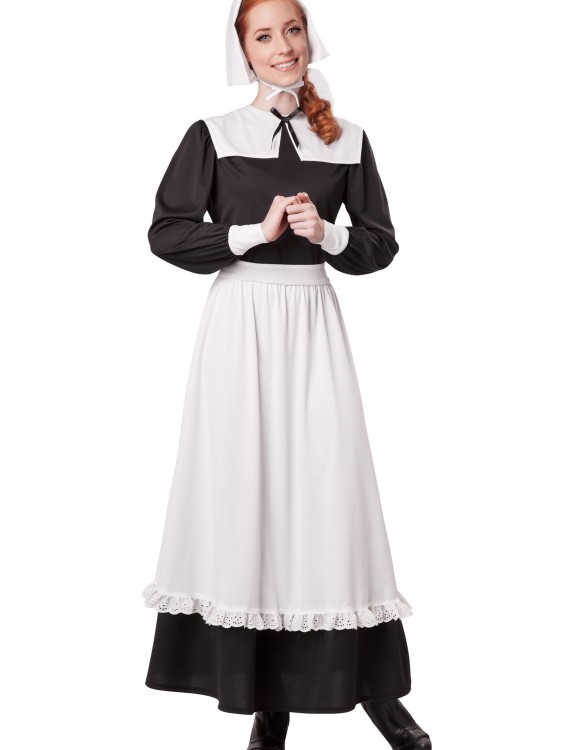 Become a Puritan instantaneously with this Pilgrim Woman Costume! Just beware of those terrible winters…

Did you know that the original settlers of Plymouth Colony weren’t actually called “Pilgrims” until 175 years after they landed? William Bradford, the colony’s first governor, did use the word–once–in his journal. But the group referred to themselves as “Separatists” or “Dissenters” because they disagreed with the Church of England. They didn’t like many of the elaborate rituals used in worship, condemning them as “Papist.” They emigrated to America to be able to worship the way they wanted to. In keeping with their disdain for elaborate ritual, they also wore very simple, plain clothing in muted colors, such as this Pilgrim Woman Costume. Wear it and become a respectable citizen of Plymouth Colony!