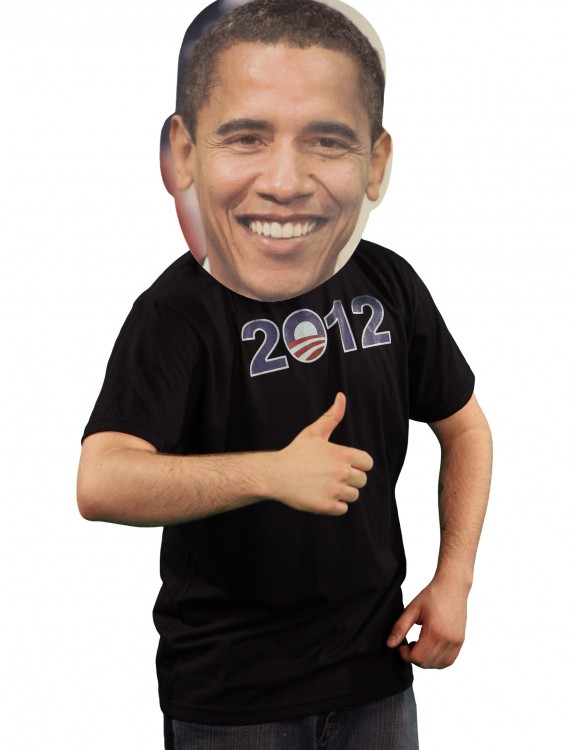 When you’re the most powerful guy in the free world, you’ve got to let off a little steam somehow. With this Obama Dance Mask, you’ll be dancing, laughing, and making a cruel North Korean dictator look foolish!

North Korea has been a pain in President Obama’s side for far too long. How does the most powerful man in the free world let off a little steam? By dancing, of course! Just like you’ve probably seen in the hilarious parody video by the Chopstick Brothers, this mask shows a lighter side to the president. You know, when he’s going around dancing at ball games, jump kicking Kim Jong Un mid-ballet practice, or kicking some dictator butt in an epic karate match… that sort of thing! This Obama Dance Mask will have everyone laughing, except perhaps Fox News, where it may be deemed grounds for impeachment.

Trophy Head Bear With Me Costume