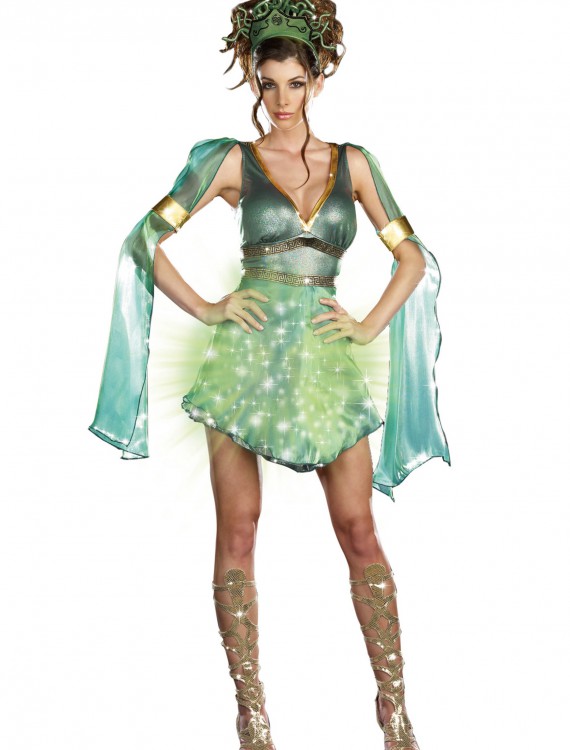 Become a sexy version of this legendary Greek half-mortal/half-goddess in our Mythical Medusa Costume!

This Mythical Medusa Costume lets you become a figure of legend! Medusa actually began as a beautiful young woman; she was cursed by the goddess Athena, who turned her hair into snakes, for desecrating Athena’s temple. But even with snakes for hair, Medusa never actually turned anyone to stone while she lived; it was her severed head, placed on Athena’s aegis or shield, that turned people to stone! So your friends are in no danger when you wear this costume.