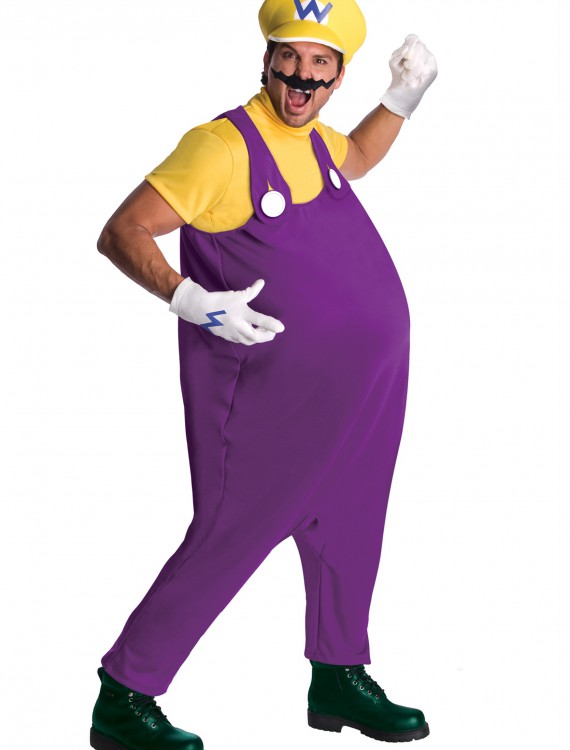 Not everyone wants to be the hero… some plumbers have to be evil. This Mens Wario Costume will let you be the evil, squiggly moustache Nintendo character.

Mario. Mario! MARIO! Everyone’s always talking about that two-bit plumber who always gets the girl, always saves the day and gets a dozen of his own game series. Maybe if he wasn’t hogging all the attention, people would give Wario a chance. That’s it! There’s only one thing to do. Destroy Mario while wearing this Wario outfit. Or challenge him to a game of tennis. Either way, that’ll show him who’s boss.