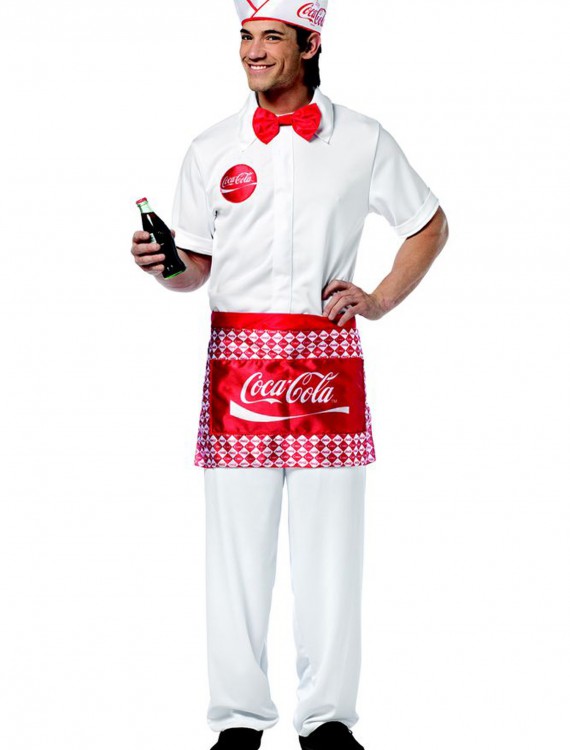 Rock around the clock or mash potato your way to the 50s in this Mens Soda Jerk Costume. It’s a great way to shake rattle and roll your way into your next retro costumed affair!

Way back in the day there used to be late night infomercials for 50s music collections. They’d have all the early Rock and Roll, Rhythm and Blues, and Doo Wop together in one amazing set (not sold in stores!). The song list would scroll over images from a typical 1950’s malt shop: a rockin’ jukebox, a poodle-skirt wearing girl and letter-jacketed guy (assuredly both going steady) sitting at a diner counter having milk shakes. Our soda jerk costume is totally reminiscent of those commercials, as well as the real thing. Just remember when you’re at your next party, be sure to tell the DJ that “At the Hop” by Danny and the Juniors better be on his playlist…

Puttin on the Ritz Flapper Costume