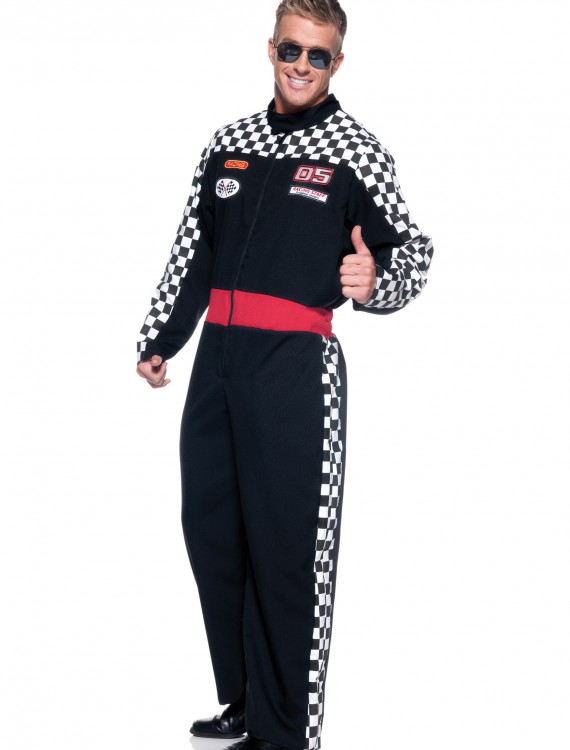 We know that you pretend you’re a NASCAR racer when you drive to get groceries. This mens plus race car driver costume makes that dream seem a little more possible.

Doing errands can be a real drag, but do you want to know what makes them more fun? When you put on this race car driver jumpsuit and pretend that you’re on the Daytona Speedway, instead of on your way to the grocery store to get milk. We recommend that you follow all the speed limits, but just start making fast engine noises with your mouth while you drive and it will seem like you’re going faster. (Warning: if you actually do this, your wife, girlfriend and/or kids will probably pretend that they don’t know you.)