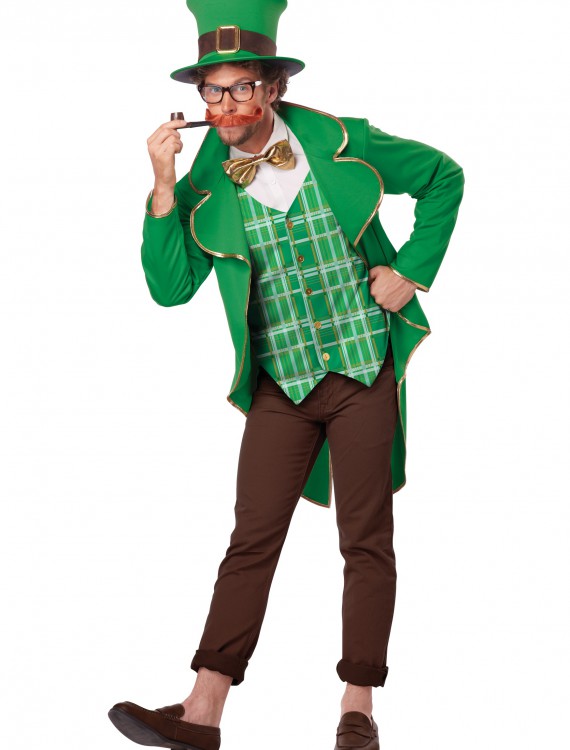 When St. Patrick’s Day comes around, be ready with this Lucky Leprechaun Men’s Costume! It’s a great look that’s perfect for the holiday.

Go ahead, wear this Lucky Leprechaun Men’s Costume to celebrate St. Patrick’s Day. But did you know that the patron saint of Ireland wasn’t even Irish himself? Patrick was actually of Roman descent, born in an outpost colony in Britain. He was kidnapped as a youth and taken as a slave to Ireland, where he spent most of his life afterward. He brought Christianity to the Irish, but probably didn’t banish snakes from the Emerald Isle. Most biologists now think that there never were any snakes there to begin with!