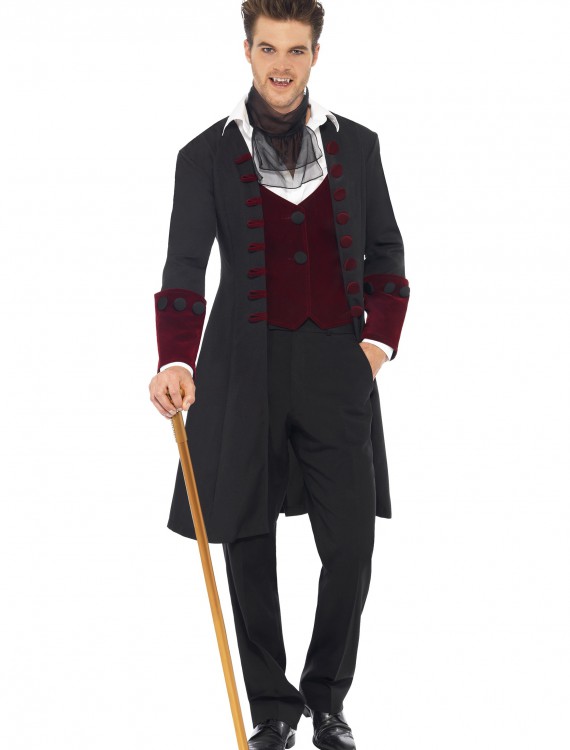 With this Men’s Gothic Vampire Costume you’ll be the epitome of cool. Cool as a vampire!

No matter when or where they lived, most vampires tried to blend in among the humans they associated with. In 19th century Europe, that would have meant something like this Men’s Gothic Vampire Costume. Any well-dressed gentleman of that age would have worn a frock coat. This would even be good as a generic Victorian gentleman costume, since it doesn’t have any bats or other specifically vampiric symbols on it.

Plus Size Morris the Monster Costume