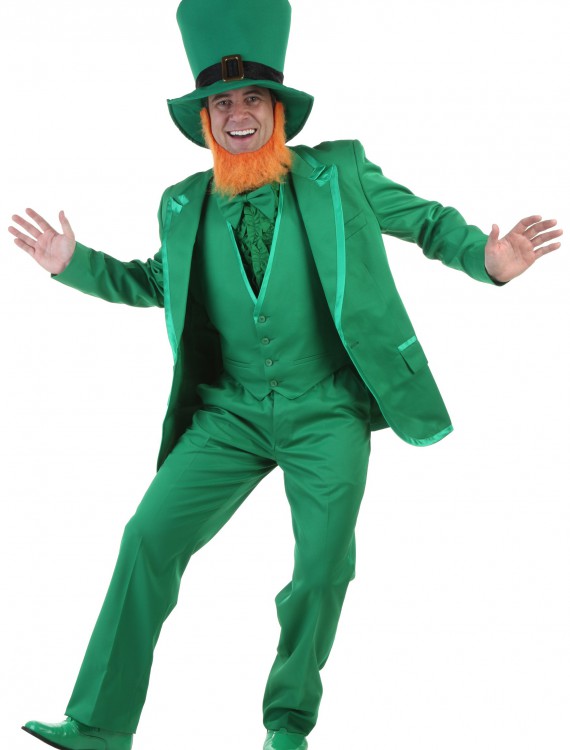 You don’t need a pot of gold or a rainbow to celebrate St. Patrick’s Day the way it should be. All you need is this Mens Deluxe Leprechaun Costume and an Irish attitude.

If you’ve got a phobia of being pinched then you better play it safe and wear our green leprechaun tuxedo this St. Patrick’s Day. Otherwise, there’s no telling how many pinches you might incur. Pinching non-green wearing citizens goes all the way back to the Emerald Isle in 1687. A young man named Darby O’Gill was wearing all green poly-cotton garments he’d found on clearance in the ancient markets of Target, and decided that anyone who didn’t look exactly like him would henceforth be pinched upon sight. Well, that got really annoying for everyone on the island so they obliged, and ever since then we wear green on St. Patrick’s Day. We hope you follow in the footsteps of Darby and carry on this much loved tradition for generations to come.