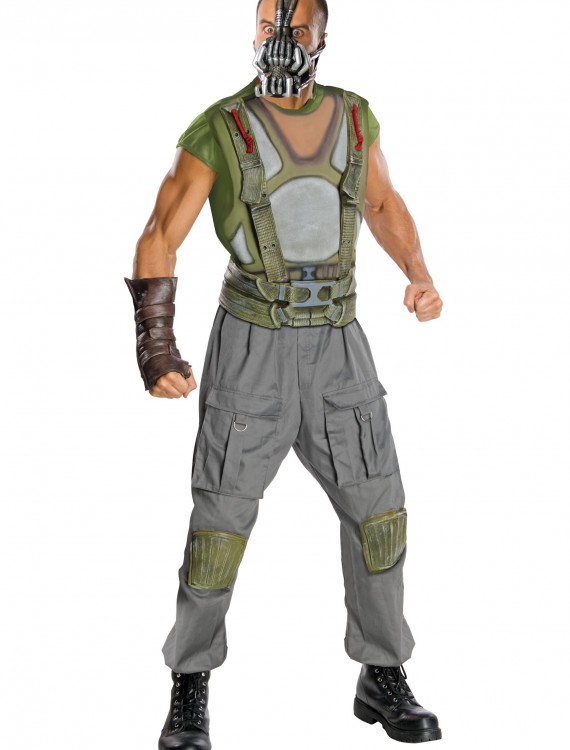 Become Gotham’s reckoning when you go in this deluxe Bane costume for men! This Bane costume looks like the one worn by Tom Hardy in the Dark Knight Rises.

Now’s not the time for fear. That comes later.Gotham City has become sick with greed and corruption and according to Bane there is only one cure, his plan to destroy it. This villain will never stop to make sure that his plan to make the rich and powerful of Gotham pay for their “crimes”. So when Batman comes to bring him down he shows off just how strong he is by bringing him to knees. Now you can look just like Gotham’s reckoning in this great supervillain costume.