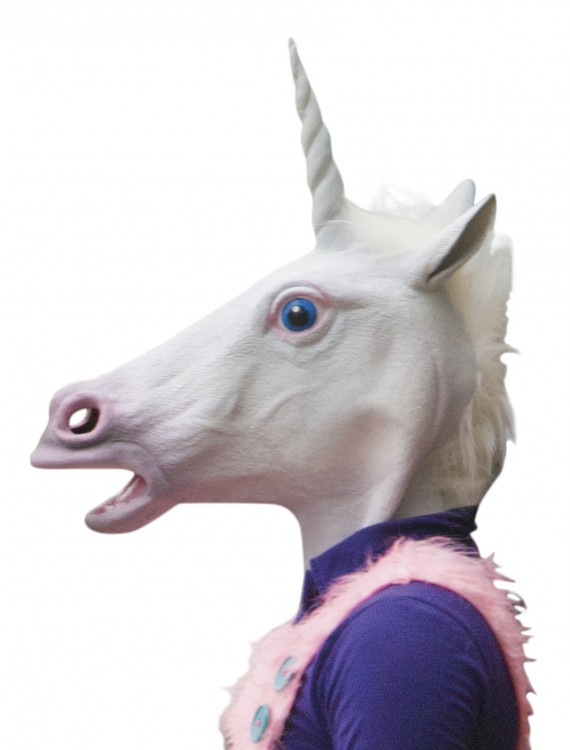 Add this magical unicorn mask to a tutu skirt or any other rainbow colored accessory for an instant costume! Let your special quality show on the outside, show everyone that you are a unicorn!

All of the scientific evidence that we’ve collected over the years seems to suggest that unicorns don’t exist. We’ve spent plenty of sleepless nights fretting over this. Who really wants to live in a world where unicorns don’t exist? Nobody, that’s who!! That’s why we decided to solve this little problem, and we did it without any crazy mutagens! Now, you too can laugh in the face of years of zoological and archaeological data by wearing this unicorn mas.! The molded latex piece turns you into one of the most amazing mythological creatures ever, but mostly only in the head region (which is the most important region when attempting to become a unicorn, anyway). Oh, and rainbows are not included, but we recommend them to get the most out of this mask. A beautiful meadow couldn’t hurt, either!