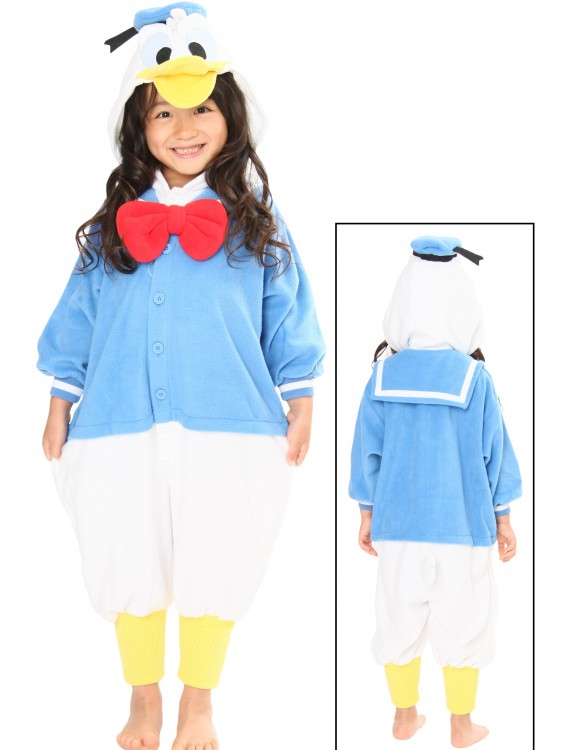 Even if Donald Duck is normally pretty angry, this one looks really cute and happy! That’s all thanks to this Kids Donald Duck Pajama Costume. It’s adorable!

Did you know that in some parts of the world Donald Duck is more popular and well known than Mickey Mouse? It’s true! Donald has always been trying to steal the spotlight from Mickey ever since the old days like in the classic short cartoon, “The Band Concert.” Around here we totally love Donald, because he’s quick to express his ill temper, and his antics with Chip and Dale are especially amusing. We can’t guarantee your little one will play out some hilarious gags with other anthropomorphic animals while wearing this pajama costume, but it COULD happen!