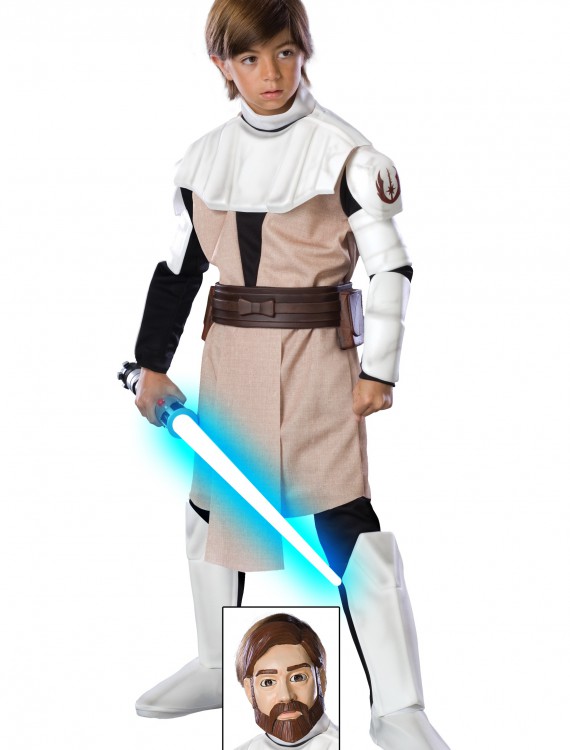 Before Jedi master Obi Wan Kenobi took on the task of telling Luke Skywalker about the power of the force he was one of the main players in the epic Clone Wars saga. He would lead armies of clone soldiers in battle to take on the Separatist forces and challenge the likes of Count Dooku and General Grievous. So if your little one wants to take on some bad guys in a galaxy far, far away they can in this great Obi Wan Kenobi costume straight out of Star Wars The Clone Wars.