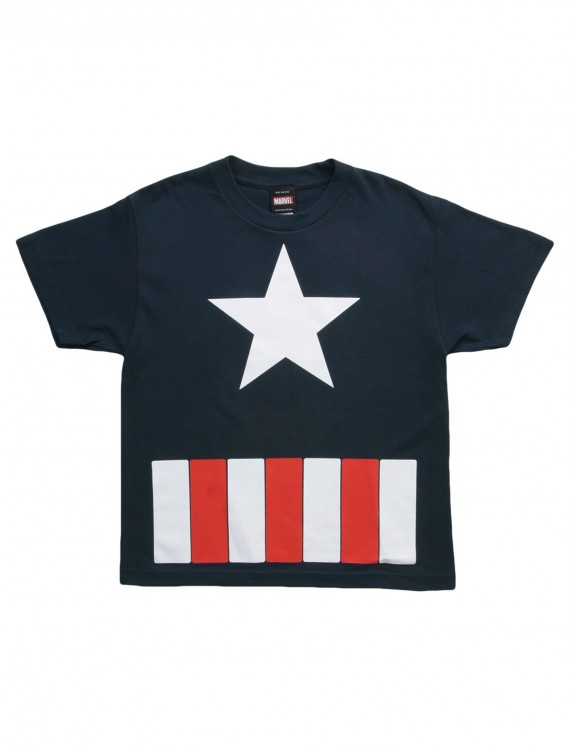 When you go in our Boys Captain America The Great Star T-Shirt, you’ll look ready to kick some alien booty! OR just run around playing with Avengers toys. Whichever!

Most kids dream of being a superhero. They want to be out there fighting for justice, keeping the world safe from evil villains. It’s adorable, as well as admirable, but being a superhero is tougher than it looks. First, you need a superpower, then you need a cool origin story, and last you need an iconic costume so everyone can identify you right away. It’s not a bad idea to show them that doing good deeds aren’t exclusive to superheros, but can come from the common folk as well. So, they won’t become a super human when they wear our Captain America t-shirt, but they’ll feel like they can do anything, and be anything, and that’s the perfect time to show them that they too can change the world! No super soldier serum needed.