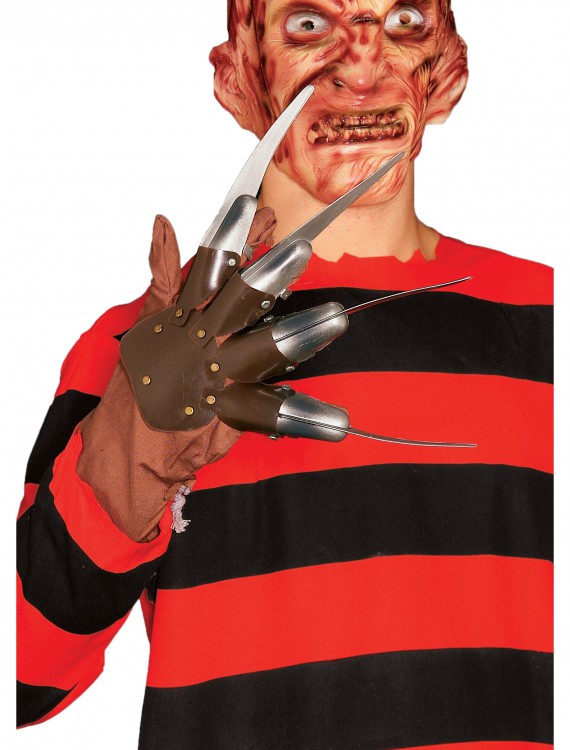 You’d better be careful–because once you doze off, Freddy will be waiting for you! Terrorize the trick-or-treaters with this Freddy Glove.

If you’re a fan of the Nightmare on Elm Street films, you’ll want this Freddy Glove. Whether you hang out in a boiler room or in someone’s nightmares, you can terrorize people with this glove that was inspired by a cat’s claws. Become the character that the American Film Institute named as 40th of the top 50 movie villains!