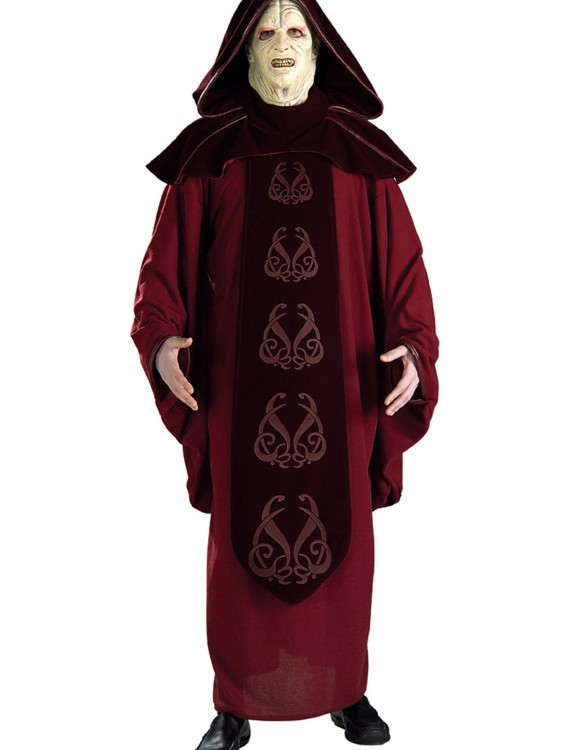 I have waited a long time for this moment, my little green friend. At last, the Jedi are no more.For years Palpatine was a member of the galactic senate and no one ever knew of his hidden agenda. He was secretly a Sith Lord known as Darth Sidious and he was bent on taking over the republic. Which he did do but not with out a price of having his force lightning shot back at him and deforming himself. Now you can become the most feared force in the galaxy in this Stars Wars costume.