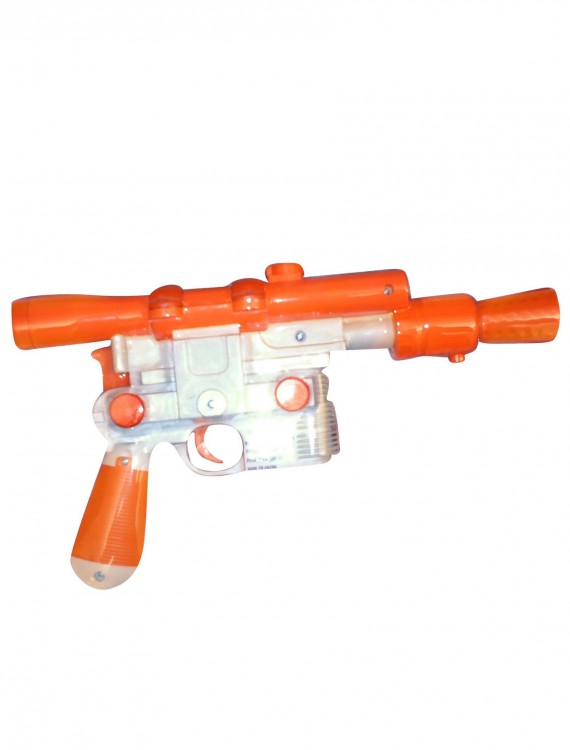 Complete your Han Solo costume for Halloween, or your next convention, with this deluxe Han Solo blaster. The orange and white gun makes a great collector’s item!

The thing is, how does anyone expect us to believe that Greedo would miss from point blank range? Maybe, MAYBE if he was farther away. Maybe. But he was sitting right across from Han. He could have spit into his eye from that distance. And adding the shot totally takes away from Han’s anti-hero transformation. It would appear that, yes, Han indeed shot first. But this gun isn’t sold with any additional scenes from 1997. It’s the real deal. And you can shoot first all you want. Plus, with the realistic sound effects that it makes every time you pull the orange trigger, you’ll enjoy shooting first. Smug satisfaction, that’s what we like to call it.