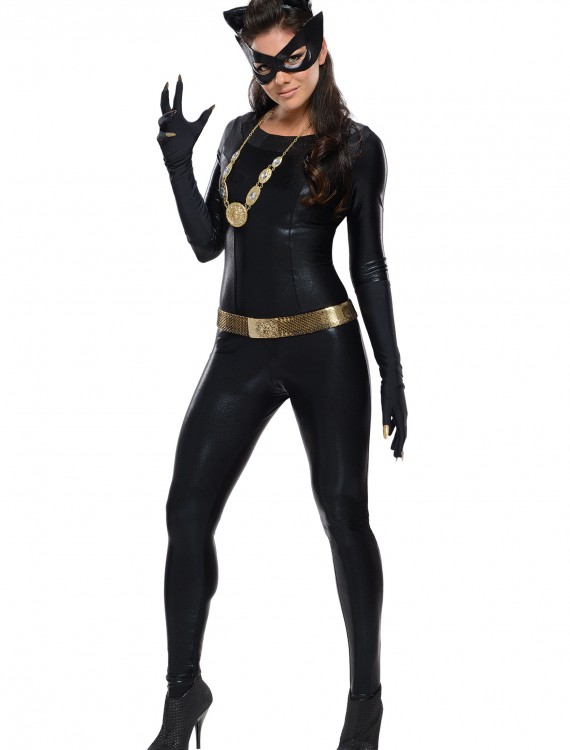 Selina Kyle got a bit of a makeover! This Catwoman Classic Series Grand Heritage Costume is a hot new superhero costume for the ladies!

You’re going to see the purr-fect crime, when I get Batman in my claws!Batman and Robin have gone against many villains in their days but there is one that is so seductive that they almost lost their lives to, Catwoman. This feline femme fatale knows how to use the power of criminal mind along with her stunning looks to get just whatever it is she wants from Gotham City. Now you can look just like the greatest cat burglar ever when you wear this classic Catwoman costume based on the 1960s TV show and movie. You’ll have a purr-fect Halloween when you pair this costume up with one of our great Batman costumes!