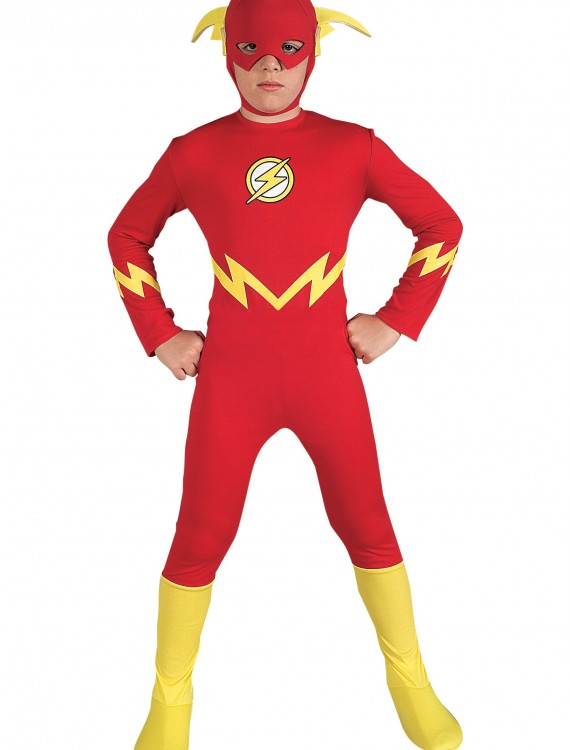 Let your little one speed away to save the day in this Boys The Flash Costume. He’ll be all set to stop crime at any time in this DC comics superhero costume!

The “Scarlet Speedster” has always been the first one to stop a supervillain’s plan. This could be due to the fact that he is extremely fast but also because this hero is one of the bravest heroes of the DC universe. This faster than light guy has taken on bad guys such as the Trickster, Professor Zoom, and Captain Cold. But when he isn’t taking on his very own foes he is joining up with Superman, Batman, Wonder Woman and the rest of the Justice League to help them on their quest of ridding the world of evil. Now it’s time for your kid to suit up and become the fastest hero the world has ever seen!