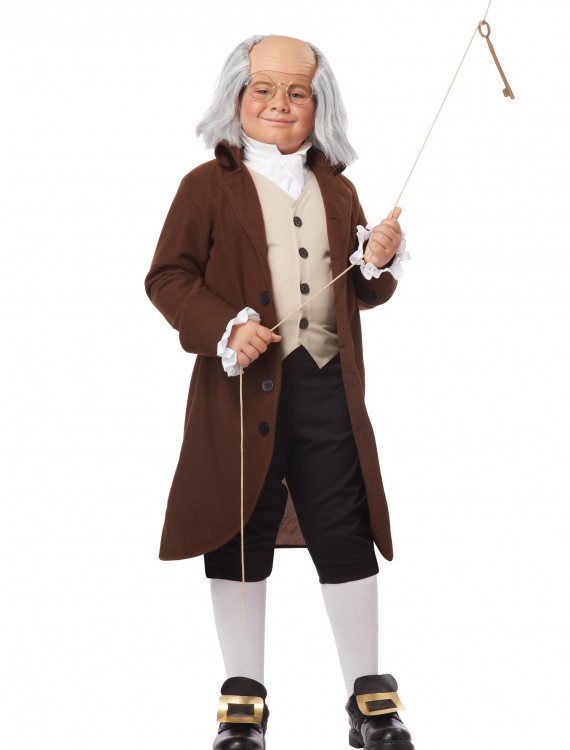 Become one of the our nation’s greatest figures with this Boys Benjamin Franklin Costume! All we ask you don’t actually fly a kite in a lightning storm!

Ben Franklin was one pretty smart guy. He invented bifocals, edited a newspaper and got himself on the hundred dollar bill. We still think his whole “flying a kite in the middle of a thunderstorm” idea might not have been the best idea ever, since that could have really turned out badly, but he’s a genius, so who are we to argue? This costume makes your kid look just like the legendary figure. We can’t guarantee that while wearing it, he’ll be inventing the glass armonica like the real Benjamin Franklin, but he will look cooler than the other kids at the next American history pageant that your child is in, and we think that’s just as important as the invention of the glass armonica.