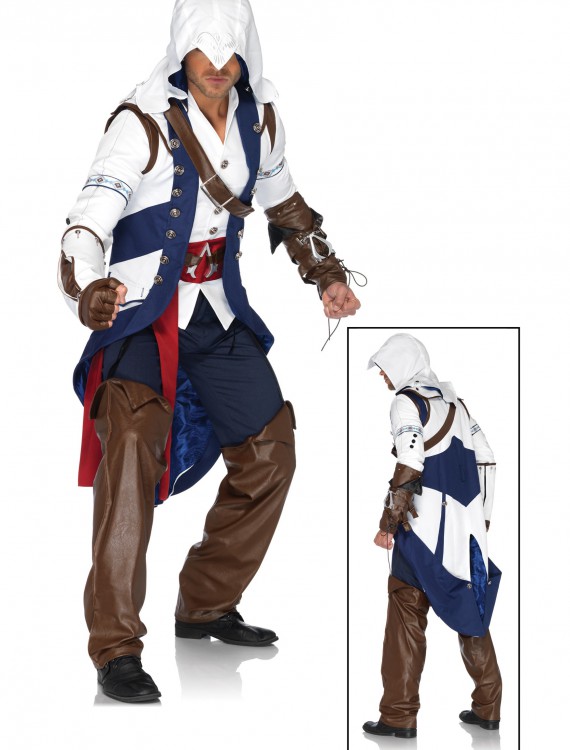 Set sail on the Aquila as Connor from Assassin’s Creed. This officially licensed costume is made by Leg Avenue and recreates all the details of this popular video game character’s look.

You’ve probably had dreams of being a real assassin during the American Revolutionary War, but you might not have access to an Animus machine. We tried to get our hands on one, but unfortunately the Abstergo Industries company is really hard to contact. The next best thing is this licensed Assassin’s Creed costume! It recreates Connor’s look from the third installment of the fantastic video game series. It doesn’t come with the elite assassination skills that he acquired through the course of the game, so you’ll have to figure all that out on your own. We also recommend that you don’t go running around climbing buildings and stuff, that is, unless you’re a parkour champion, then go for it!