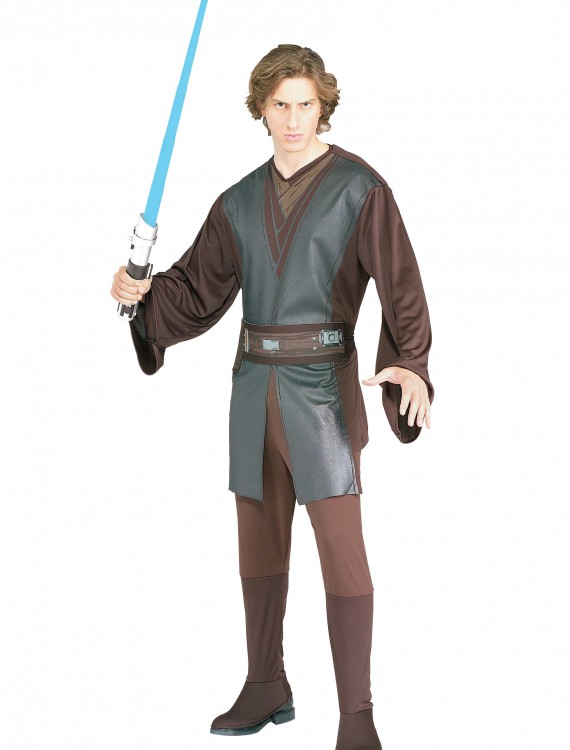 Our Anakin Skywalker costume is an adult Star Wars Halloween costume for men. You’ll be all set to take part in the Clone Wars!

There was a prophecy that there would be a Jedi who would bring balance to the force. When Qui-Gon Jinn was on the planet of Tatooine he felt that this Jedi could very well be the pod racer Anakin Skywalker. He took it upon himself to train him in the ways of the force. But when he fell at the battle of Naboo that task became Obi-Wan Kenobi’s. Obi-Wan and Anakin would become great partners during the Clone Wars but was Ani really the chosen one? Now you can become the Jedi warrior that will one day be Darth Vader in this great Star Wars costume.