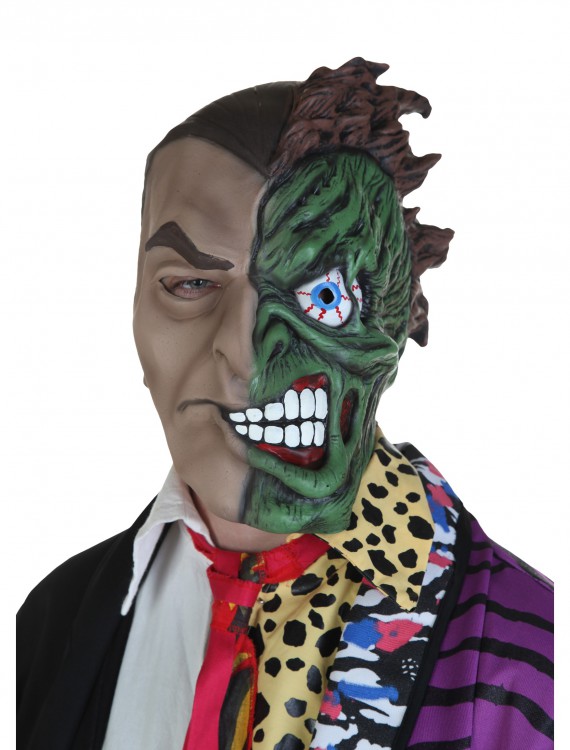 Become the split personality of Harvey Dent when you go in this mens 2 Face mask! This adult two-face mask is the perfect start to a Batman villain costume!

Harvey Dent was at one point was Gotham City’s greatest district attorney ever. He brought down so many crime bosses and bad guys that he became villain enemy number one. This led to a hit being put on Harvey and acid being poured on half of his face. This accident didn’t kill the district attorney but left him with hideous scars. Harvey Dent no longer went my his real name but changed his persona to the villainous Two Face. Also gone was his life of protecting the people of Gotham because his newest mission was to destroy it. Now you can look just like the villain with a severe case of split personality disorder with this great comic book inspired mask!